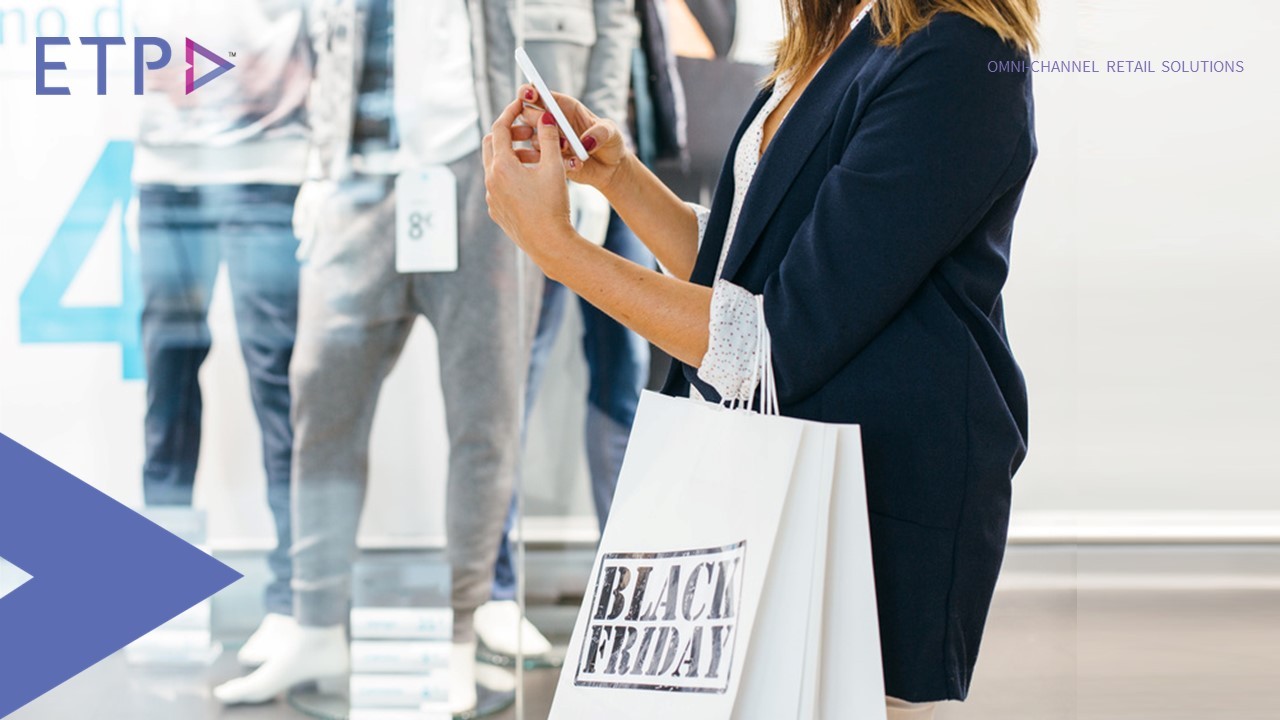 As the Black Friday weekend came to a steady close, the Black Friday and Cyber Monday sales statistics are now in the books and with that data in hand, it is time to dissect it, dive deeper into various aspects of it, analyse it, and make note of the inferences and learnings to be used for the future.

To begin with, it was reported that American consumers spent over US $19 billion online over the five-day period from Thanksgiving through Cyber Monday in 2017. This was a 15 percent rise in spends as compared to spends done during the same time-frame last year.

Moving on, more than 64 million Americans used both online and physical stores to carry out their purchases from Thanksgiving Day through Cyber Monday. Consumers who shopped at both online and brick-and-mortar stores spent US $82 more on an average than online-only shoppers, and US $49 more on an average than brick-and-mortar stores-only shoppers. Black Friday 2017 seemed to be the most popular day for brick-and-mortar retail stores with more than 70 million shoppers, followed by Small Business Saturday (Nov. 25, 2017) with about 55 million shoppers.

One of the most important takeaways for retail businesses basis the above statistics is both offline and online retail channels were used by consumers to shop. In fact, consumers who used more than one channel to shop spent higher on an average than those who used only a single channel.

Mobile shopping or m-commerce has developed in to a popular channel for consumers to discover and buy products. And this popularity reached new levels this year as mobile purchases surpassed those on desktop throughout the entire Black Friday weekend. Mobile sales accounted for more than 60% of orders overall, an increase of 10% over the last year. Thus, retailers across the globe need to definitely harness this channel to boost their sales in the future.

With online, offline and mobile – 3 important channels at play significantly in this year’s Black Friday and Cyber Monday shopping event, a very important learning for retailers is that omni-channel retail can help them maximize their sales.

Another important aspect of this year’s Black Friday shopping event was that, though dominated by U.S., other countries across the globe also noted a significant spike in their sales on the same day. Reports state that countries like South Africa, Spain and the United Kingdom saw over 3 times as many orders on Black Friday, whereas Germany, Canada and France witnessed over 2 times the orders. Other countries like Ireland, Singapore and China also noticed a bump in the number of orders on Black Friday 2017. Thus Black Friday is becoming a global phenomenon soon. For retail businesses across the globe, this translates into an opportunity to attract more customers and drive higher sales.

Retail brands looking to strike big in the near future must pay heed to these key takeaways and use the right combination of people, processes and technology to succeed.

With Black Friday and Cyber Monday – presumably, the biggest days for shopping right around the corner, it is one of the best times of the year for two main reasons – the festive season is very near and the festive shopping gets going in full swing. Retail companies looking to ring in higher festive shopping sales this year need to get a few basic things right for the festive shopping such as their display, merchandise, promotions and so on. Having said that, it is the age of omni-channel retailing and as such, brands must also look to leap ahead in their game, in order to deliver the unified omni-channel customer experience that shoppers would be expecting during this festive shopping season.

‘Click and Collect’ or ‘Buy Online Pick up In-store (BOPIS)’ is one of the revolutionary omni-channel retailing techniques that retail businesses can adopt into their strategies and operations to cater to  festive shoppers’ expectations. As the name ‘Click and Collect’ suggests, the concept is that shoppers can make their purchases online and then opt to collect the products at their desired ‘brick and mortar’ stores. This way, shoppers can use both online and offline channels at their convenience to shop and to receive gratification of their purchases. As per a recent survey, 58% of shoppers will use a buy online, pick up in-store (BOPIS) fulfillment option for their holiday shopping this year. The benefits are multifold. For shoppers, it is the ease and convenience of shopping so that they may avoid the need to look for products at the stores during the festive rush and eliminating the wait time due to shipping. For retailers, it is the enhancement of their brand presence both online and offline, and the opportunity to ‘cross sell’ and ‘up sell’. This could be both online through suggestions and offers, and offline when the shoppers come to collect their products at the store. ‘Click and collect’ or ‘BOPIS’ can therefore enable retailers to offer a seamless omni-channel customer experience during their festive shopping.

Another technique or strategy that retail businesses can employ this festive season to increase sales and boost customer loyalty across channels is ‘endless aisle’. An omni-channel concept, ‘endless aisle’ fundamentally enables shoppers to shop online for products that are not available at that brick and mortar retail store, with the help of handheld devices or kiosks that populate additional product assortments/options through e-commerce sites. The best part is, this can be done right from the store. So a shopper looking to buy a particular product but unable to locate it at the store, can still buy that product from the online portal at the store. This helps eliminate the risk of lost sales for retailers and the frustration for shoppers during out of stock situations. Moreover, it saves shoppers the effort to look for the product elsewhere and thus enhances their experience and trust in the retail brand, cementing the brand-customer relationship. Like ‘Click and Collect’, even ‘endless aisle’ involves both offline and online channels thus empowering retailers to deliver a unified customer experience across channels.

Black Friday, the day after Thanksgiving in the United States, generally kicked off the holiday shopping season with crazy deals offered by retailers to get in more sales. But this year the story seems to be different. This past weekend, on November 11, or Singles’ Day, as it is popularly known in mainland China, got the global headlines gaga about it, setting a new start for the crazy shopping frenzy.

Before looking into what really happened, a brief privy about Singles’ day.
Chinese Singles’ Day or Guanggun Jie is a festival widespread among young Mainland Chinese people who celebrate the fact that they are proud of being single. The 11th day of November (11/11), is chosen because the number “1” resembles an individual that is single. As the day started getting popular, once a celebration for China’s singles, Singles’ Day has turned to be a 24 hour shopping extravaganza. 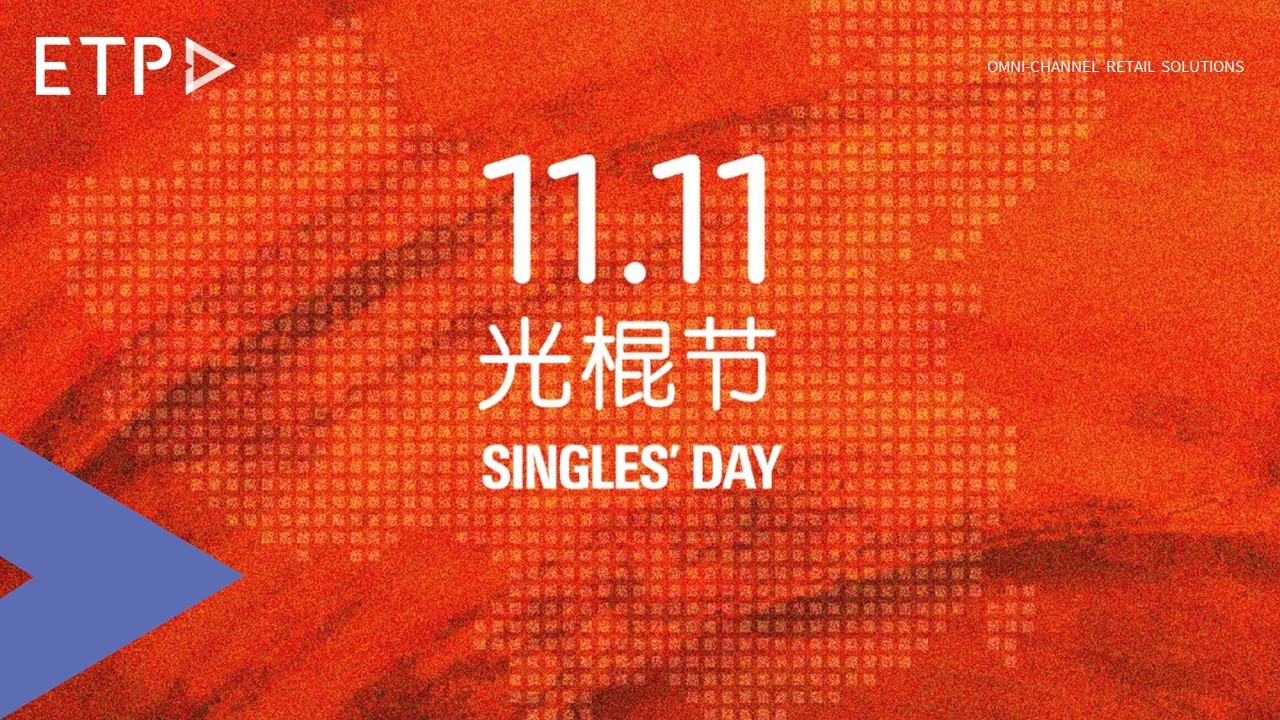 So how did Singles’ Day 2017 create history?
This year, the sales on Singles’ Day was more than 3 times the combined sales for Black Friday and Cyber Monday 2016 of US$6.79 billion in the United States, resulting this festival being the largest offline and online shopping day in the world thanks to Alibaba, the Chinese e-Commerce giant now rivaling Amazon, doing sales 168.2 billion yuan (approx. US$25.3 billion). Looking at the previous years, Alibaba’s sites Tmall and Taobao garnered sales of US$5.8 billion in 2013, US$9.3 billion in 2014, US$14.3 billion in 2015, and US$17.8 billion in 2016. Thus, this year’s sales of above US$25 billion has broken the previous year’s record.

While the US$25.4 billion worth of sales can be etched into record books, Alibaba also set a world record for payment transactions. Its mobile wallet app Alipay processed 256,000 payment transactions per second in 2017 taking the tally of the transactions processed by Alipay in the entire 24 hours to 1.48 billion. And that is not it, the delivery orders through Cainiao – Alibaba’s logistics affiliate reached close to 700 million, breaking 2016’s record.

Alibaba said that it had turned 100,000 physical shops around China into “smart stores” for this year’s event and via these pop-up smart stores and in-store technology, Alibaba and the retail brands helped drive online traffic to brick-and-mortar stores, further erasing the boundaries between the two channels.

While all that happened in China, the Singles’ Day online shopping craze picked up in some of the Southeast Asian countries like Singapore too, where Singles’ Day is still a relatively new thing. Lazada, the Southeast Asian online retailer owned by Alibaba, sold US$123 million of merchandise, a 171 per cent increase over the previous year. Shoppers in Singapore, Malaysia, Thailand, Indonesia, the Philippines and Vietnam ordered 6.5 million items, 191 per cent or nearly double that of last year.